On behalf of the RDF Chief of Defence Staff, Brig Gen Wilson Gumisiriza; the Head of Peace Support Operation at RDF Headquarters urged the peacekeepers to be good “ambassadors” of Rwanda and keep in mind their core mission of protecting civilians. “Be always guided by RDF values and discipline, observe the UN principles that include neutrality and impartiality; safeguard the good image of Rwanda by performing your mission at high standards”, he guided the Peacekeepers.

Following the United Nations’ request, the Government of Rwanda accepted the deployment of additional force of one Motorized Infantry Company to the already deployed Infantry Battalion in Bangui. The additional Force was requested by MINUSCA to reinforce its operations and address security challenges in CAR.

Rwanda, one of the world’s largest contributors of peacekeepers, first deployed peacekeepers in CAR in 2014. Currently, RDF maintains one Infantry Battalion and a Level Two Hospital under MINUSCA. Rwandan troops are specifically charged with providing security for high-ranking government officials and securing key state installations. 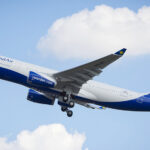 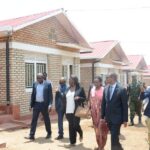 As a sign of good will and cementing cooperation, China has offered Rwanda to construct a $37 million modern 5-storey complex as the office for the […]

In June 2014, Moroccan conglomerate, the Saham Group – with interests in insurance, offshoring, health services and real estate – took majority control of one […]