Hon. Eriyo, who was sworn in on 28 April 2012 at the 10th Extraordinary Summit, assumed office with effect from 30 April 2012, taking over Uganda’s slot for Deputy Secretary General that was previously held by Hon. Beatrice Kiraso.

Mr. Nsengiyumva has been redeployed as the Deputy Secretary General in charge of Finance and Administration, while his predecessor in that position, Dr. Julius Tangus Rotich, becomes the new Deputy Secretary General in charge of Political Federation, filling a position left vacant by the exit of Hon. Kiraso, whose second and final three-year term came to an end on 28 April.

The Deputy Secretaries General’s roles include deputizing for the Secretary General and performing such other duties as may be prescribed by the Council. 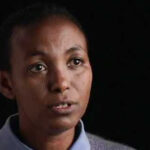 Next Article The Life of our Late Inyumba Aloisea, Refugee – Leader – Minister – Legend

President Paul Kagame, last weekend in Brussels, met with more than 2500 members of the Rwandan diaspora living across Europe. While addressing them, he advised […]