For quite a number of decades in many African countries and Rwanda in particular ordinary citizens have lived under regimes in which they mistrust and with no confidence in their political rule. In many instances they instead lived in fear and in isolation from the state. Since colonial advent populations in nearly all colonized countries saw the governance that was less concerned with their genuine needs.

This remains the single major factor behind mistrust of people in leadership. With colonial administration it was not a surprise because the colonizing powers were indeed creatures from outer spaces and there was no need for concern and care since they were not their citizens, mothers or brothers and sisters. And indeed it was not their principal mandate of colonizing Africa. Surprisingly and unfortunate, when countries got independence and power transferred to the rulers born and nurtured by their own societies no difference was made

What transpired in many countries could even have been worse. Dictatorial regimes emerged, mistreated their own people, exploited their resources, divided them on ethnic and regional lines, neglected their concerns and to the worst killed them in their numbers.

On another account, in the name of democracy, during campaigns in political rallies promised them what they would offer once ushered into power. Good roads, electricity, end hunger, education, health, name it. Such issues rely constitute the core needs of a people and real expectations from the governing class.

But what occurs once the casting of votes and declaring the winner are over? The business, the language and action head to a different and opposite direction. This is the starting point for ordinary citizens’ mistrust to leadership. Failure to get what was expected erases their confidence. This makes the people see all the promises as mere political discourse and perceive politics as a game and politicians as players but in other words manipulators.

Though am not an advocate of what goes on in Rwanda, suffocating a reality is not only unfair to those who make it or beneficiary but to the entire intellectual family. I recall very well, the promises the aspiring president Paul Kagame made during 2010 campaigns in nearly all rallies. In the sector of education, in health, in infrastructure, in peace and security, in diplomacy the list is long.

Today, when I look at every sector, the only thing evident with irrefutable proof is that the realization of the promises is amazing in just a period of six years now, time shall be sought to enlighten us on the achievements made sector by sector. When you see the universal primary education, and twelve years of basic education, massive technical and vacation training centers across the country and all in practice and on progressive increase, it all goes even beyond the promise.

Of recent a research conducted by WHO stated that 99 percent of Rwandan children who need immunization receive it with ease. When you walk freely in streets and villages without fear or interference, when you look at the lightening of the country in cities, towns, villages and high ways you only realize what accountability and responsibility to the people means. I will not forget infrastructure in all forms mushrooming in all parts of the country with growing numbers of roads in their kilometers.

To this effect, there is no reason what so ever people can fail to trust leadership. It is impossible to narrate what informs the trust Rwandans have in their leadership in these few paragraphs. Providing shelter for the vulnerable, construction of health posts up to sector level as well as schools and all others forms the genuine trust of people in leadership.

In a nutshell, the ordinary citizen in Africa and in Rwanda, initially don’t demand too much beyond their basic needs which have been wanting for decades due to irresponsible, luck of countable and sometimes arrogant leadership to its people. People need peace and security, need food, education, health, and need respect as citizens. Provision of the essentials, honoring the promises made to them, constitutes the basis of trust and confidence in leadership as experienced in Rwanda of today. 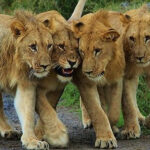 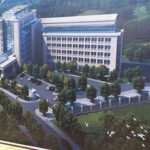 Thousands of women suffered immense violence during the 1994 genocide in Rwanda, and much of the country’s economy was destroyed. Rwandan women have played a […]

“The EU should treat countries involved in the Congo conflict according to their interest in the conflict, instead of grouping them all together.” This was […]