Broadband Bonanza! Project to Deliver 4G to 95% of Rwanda

The Government of Rwanda and KT Corporation, South Korea’s largest telecommunications provider, today signed an agreement to bring high-speed (4G LTE) broadband to 95 per cent of the population in the next three years.

The two parties established a Joint Venture company for an initial 25-year term, but Rwanda’s current mobile network operators are also invited to invest in the project. As principal shareholders, KT will bring expertise and make a staged cash injection of around $140 million, alongside debt and vendor financing, while the government will provide over 3,000 km of national fibre optic network assets.

Based on recent reports published by the International Telecommunications Union, 95 per cent broadband penetration will translate into a 10 to 13 per cent boost in GDP growth for Rwanda.

The deal was signed by Ms Clare Akamanzi, CEO of Rwanda Development Board, and Mr Yung Kim, President and Group Chief Strategy Officer of KT. The agreement was ratified by Hon. Jean Philbert Nsengimana, Minister of Youth and ICT, who said: “This agreement with KT marks a major milestone in Rwanda’s drive to become a modern, knowledge-based economy — and by expanding our information infrastructure, we will create jobs, support social progress and propel economic growth.”

The project is expected to commence later this year after further planning. In the future, KT and Rwanda also plan to extend this business model to neighbouring countries. 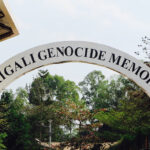 More Rwandans are expected to have access to the high-speed internet 4G LTE, launched last year, after vendors reduce prices by almost 70%. The New […]