Rwanda has set its bar high and will never be the same again as it was 22 years ago when the country slipped into a genocide against Tutsi that left the country entirely destroyed.

President Paul Kagame told more than 2000 youths at Petit Stade  that the world called Rwanda a ‘small failed state’ after it had been dragged into a horrific genocide, but Rwandans never failed.

“Back in 1994, Rwanda was referred to not only as failed state but small failed state. Today we refused to be small, failed state. We belong to being big and we are ready to fight for it,” Kagame said.

However, President Kagame said  his government chose not to be small in the face of the world and there was a huge price paid.

“Choosing not to be small has a price. You will have to spend sleepless nights; work hard and nobody will thank you for that,” the President told cheering youths who had gathered to meet him under the ‘Meet The President session.

The youths leaders were drawn from all 416 sectors and 30 districts across the country. They have been undergoing a two weeks civic education commonly known as ‘Itorero’.

Itorero teaches all Rwandese their culture, different values including;  national unity, social solidarity, patriotism, integrity, bravery, tolerance, the dos and don’ts of the Rwandan society, among others.

Kagame advised the youths against complacency and thinking that everything is fine because they are young. He encouraged them to invest in themselves and be confident to become real citizens that the country needs.

“You are young, so what? What will be your answer?” Kagame asked, advising the youths that to be good future citizens, “Invest in energy, passion and strength to face the challenges of your own life and that of your country. Being young is not enough; there is an investment that you must make in yourself.”

He wants youth to be committed to investing in themselves and playing their part; “Do not take being youth for granted. It is not enough. We want to see the substance not just the form. We want to see you strive to learn, to contribute, to play your part in this country because it belongs to you.  Security is when citizens trust that leaders are there to serve them with no injustice. ”

The moment you believe that you are better off being taught who you should be, you have lost your worth your dignity.

Rwanda has invested in the youths, by establishing different centres that train them on hands-on-skills. According to available data, more than 70% of Rwandans are below the age of 35.

For President Kagame, the youths should take available opportunities the country has put in place. “We choose to use our diversity not as a cause for division but as a source of strength to achieve a common vision. You will be defined by your culture, your actions and who you strive to be.”

Youth and ICT minister Jean Philbert Nsengimana told the President that the group of youths who completed civic education course is committed to the country’s values of dignity, unity, accountability and more importantly to be responsible for their country’s development.

Clarisse Uwanyirigira, who spoke on behalf of the trainees, “Throughout the two week’s course, we vowed to patriotism, sacrifice for our country and being responsible citizens that will drive our nation to another level.” 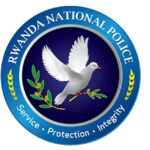 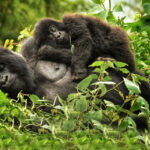 Next Article Rwanda Increases Price of Gorilla Permit from $750 to $1,500

Amb. Yamina Karitanyi, Head of Tourism and Conservation at RDB will represent Rwanda as speaker at this year’s International Institute for Peace Through Tourism (IIPT) […]

U.N. Secretary-General Kofi Annan will tell Carla del Ponte at a meeting today that he wants to replace her as chief prosecutor for the court […]

The MasterCard foundation has committed more than $85 million to various projects in Rwanda set to benefit projects in the fields of financial inclusion, education […]