The President of Rwanda, Paul Kagame, on Sunday afternoon arrived in Aspen, Colorado in the United States of America, to take part in a two-day conference organized by the Fortune and Aspen Institute, official sources told RNA.

President Kagame will be a guest of honor at various plenary sessions, in which discussions will focus on the priorities for Africa.

The President will also hold talks on development in the private sector, the strategies for advancing education, the fight against the scourge of HIV/AIDS and the establishment of democracy throughout Africa.

The Aspen Institute is an International non-profit organization founded in 1950 with a mission of fostering dialogues on issues of global concern.

President Kagame is accompanied by different government officials including; the Minister of State in charge of Energy and Communication, the Mayor of Kigali City and the Vice Governor in the National Bank of Rwanda among others(End). 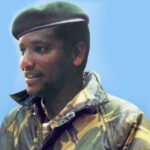 Agriculture experts are gathered in Kigali, Rwanda to discuss ways how Africa can transform its agriculture into a technology-based sector. Dr. Akinwumi Adesina, the President […]

Africa is the ideal destination for energy investments, President Paul Kagame told global investors at the ongoing world’s most prestigious annual gathering that offers an […]

At a glamorous annual diplomat luncheon held at Village Urugwiro, President Paul Kagame clarified in a brief but precise address, Rwanda’s engagement with the rest […]