Highlighting the opportunities for business offered to companies, trade associations, and social organisations in the African country, the ‘Meet in Remarkable Rwanda’ Campaign was launched by the Rwanda High Commission at the ‘Automation Exhibition 2014’ held in Mumbai.

The Campaign was launched by Joseph Kabakeza, First Counselor and Deputy Head of Mission, Rwanda High Commission, New Delhi. Joining Rwandan representatives were Clarence Fernandes, a representative in India for the Rwanda Development Board, and visitors from Singapore, Italy, China, Hong Kong, Germany, Sweden, and France.

The Rwandan booth at the Exhibition highlighted the various opportunities for trade, tourism, and investments in the country. The upcoming Rwanda Convention Bureau was also showcased along with the additional inventory of rooms in the five-star and other categories of hotels- soon to be available for conferences and meetings.

We received tremendous response at Automation Exhibition 2014, which, though primarily an expo showcasing products for automation, gave us a clear edge to showcase whatever Rwanda has to offer. What is very satisfying is the fact that we received good response from both exhibitors and visitors at the Expo, for our forthcoming International Business Forum ‘Rwanda Calling 2015’, which will be held in Kigali in January.

Kigali is preparing to welcome guests from the MICE segment as well as Leisure. The Kigali Convention Centre (KCC) due to open in 2015, built at a cost of USD 30 million, will be able to accommodate 2,600 delegates. Encompassing a translucent dome, and a multifunctional hall with a maximum capacity of 2,600 pax, KCC will help position the city as a leading MICE destination in East Africa. In tandem with KCC, a number of five-star hotel brands are under development at Kigali, namely Radisson Blu, Marriott, Park Inn, Sheraton, and South Africa’s Protea Group International.

Kabakeza offered full support and facilitation to the Rwanda High Commission for hosting Indian visitors in the country, in order to project it as a preferred MICE destination. 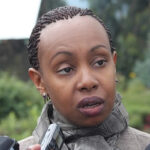 The Rwanda Development Board has scooped a National Tourism Board award as the best exhibitor in the just concluded Pearl of Africa Tourism Expo 2015. […]

Rwanda’s King Of The Jungle Expectant

There is excitement at Rwanda’s Akagera National Park as the lionesses introduced last year are showing signs they will deliver cubs very soon. “Looking at […]

The mist-shrouded volcanoes of northern Rwanda just got cooler with the opening of the picturesque Classic Lodge resort in Musanze district. The hotel, which sits […]